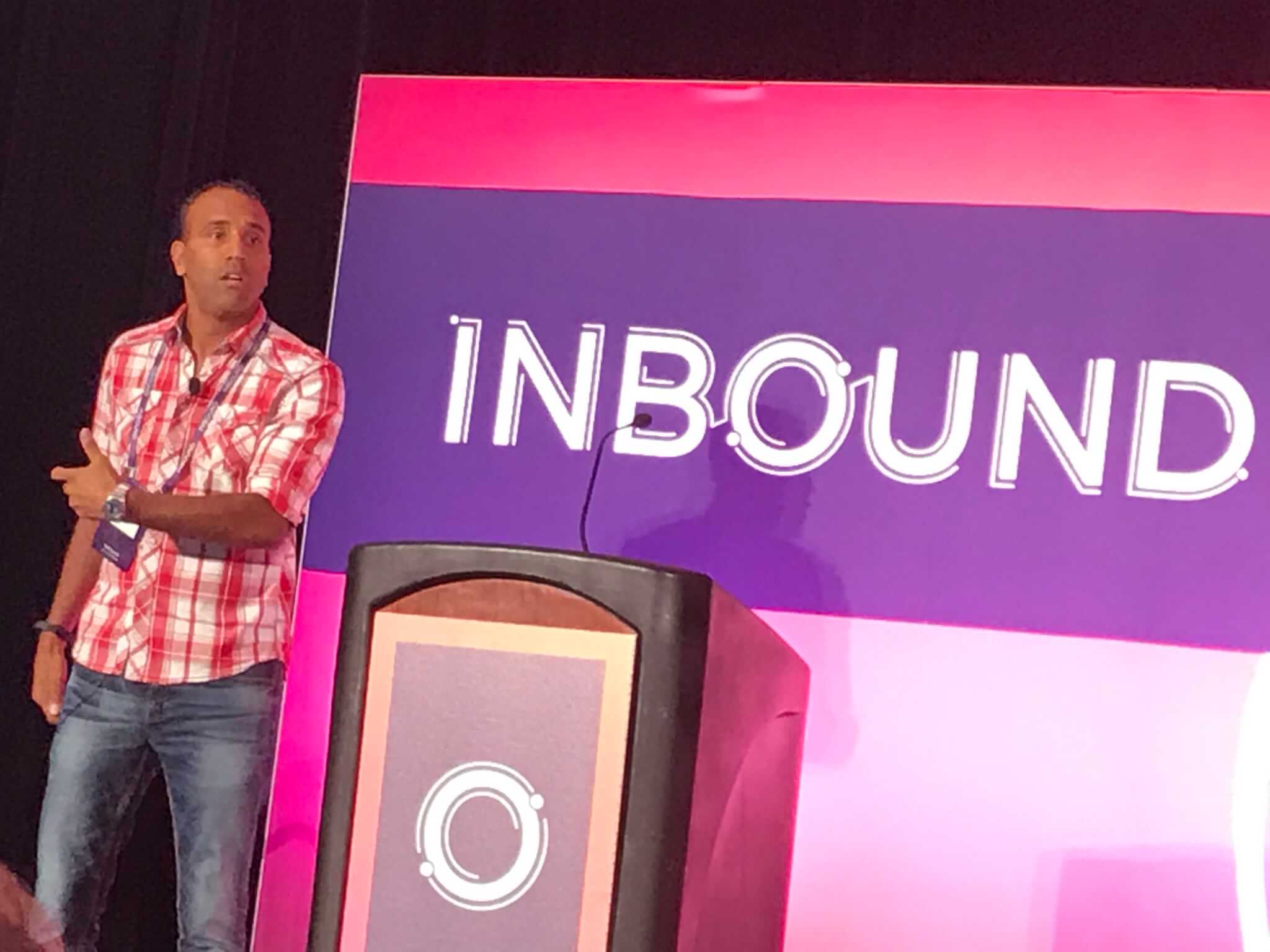 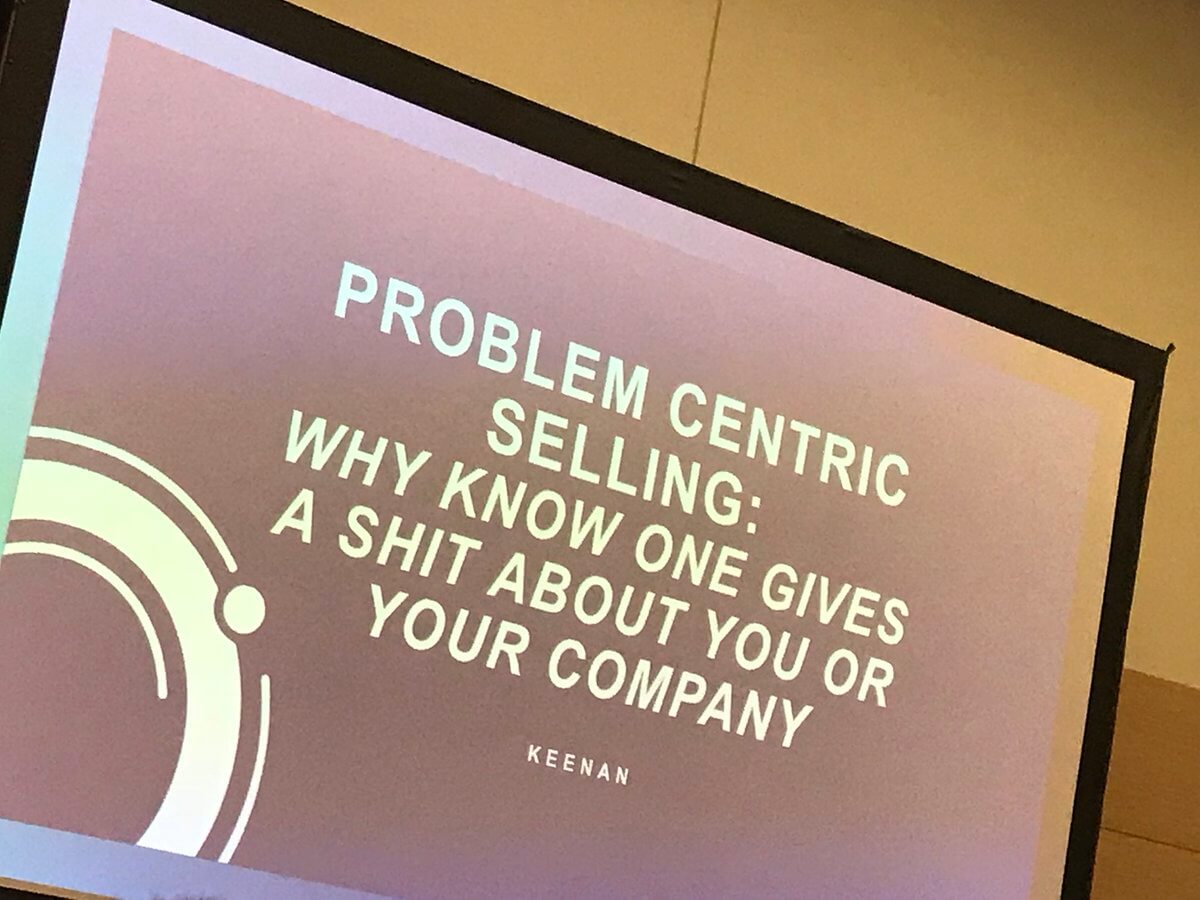 The guy who calls himself Keenan(just Keenan, like Bono or Oprah) doesn’t take himself too seriously.
That became evident just looking at the title of his INBOUNDmarketing conference talk in Boston: “Problem-Centric Selling: Why No One Gives a Sh*t About You or Your Company.”
But serious or not, the takeaways of his talk were of critical importance to anyone in sales.
“Sales is like baseball,” Keenan said. ”No one bats .900.” But if you can close 30-35% of your deals, you’re an all-star. 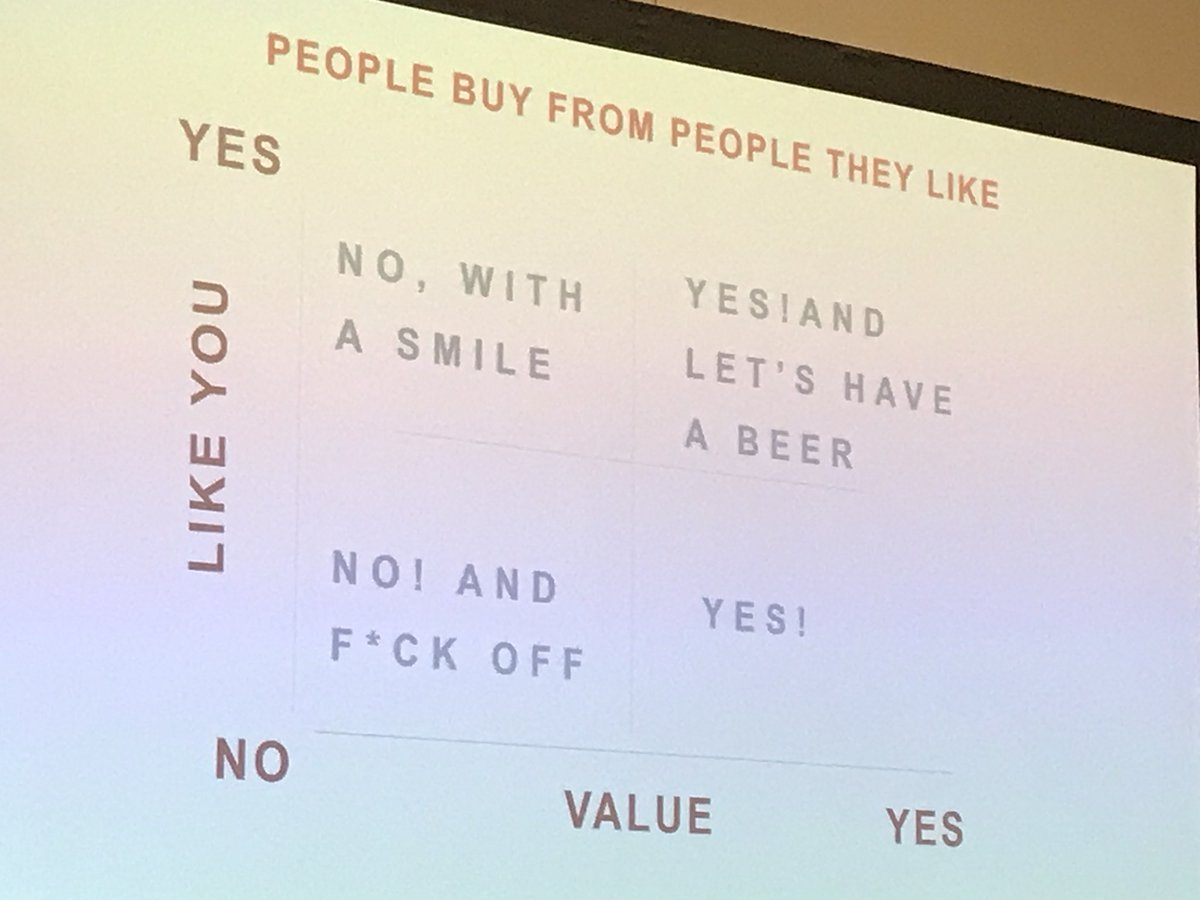 Keenan started by asking the audience of several hundred whether they subscribed to the long-held belief that people buy from people they like. While a large majority of hands went up, Keenan says that value is much more important than liking a salesperson. While both are ideal, if you can only have one, choose value.
Problem-centric selling, as the name implies, involves identifying a problem that the prospect has, and then offering a solution. “Every sale starts with a problem – the right problem,” he said, adding that asking questions to learn about the buyer and his or her problems is essential to determining whether your product or service can help solve them. “Salespeople must be able to diagnose the problem before they can offer a solution.”
They should also “try to assess the emotion associated with the buyer’s problem before offering a solution,” Keenan said. Persado, a marketing technology startup (disclosure: also my employer), has found that emotions account for about 60% of an audience’s engagement in marketing as well.
Keenan cited several well-worn sales email tactics, including the unfunny “You must not have responded because you were getting chased by a [insert wild animal here]” joke and the vapid “Can I have 15 minutes of your time for a quick demo?” request. (See 11 Annoying Habits of Salespeople That Damage The Experience for more.) The reason why salespeople resort to those tired strategies is that “they don’t understand the problem” their product is going to solve, according to Keenan.
“Put yourself in the shoes of your buyer,” Keenan said. “Would you be excited to receive that sales email?”
Once the problem is identified, the next step is to understand the impact of solving the problem. “The greater the impact of solving the problem, the more money a buyer will be willing to pay,” Keenan said. “You won’t need to defend objections such as price and features if you are solving a real problem for a buyer.”
﻿To determine the impact﻿, look at the current state and the desired future state, and measure the gap in between. “The outcome is what you are selling,” Keenan said. He referenced TV infomercials, saying that they are successful because they highlight the problem and then show the impact of the solution.
Most of all, the focus needs to be on the customer, just like after the sale. “It’s not about you, it’s about them,” Keenan said.
Share This: